The ASR33 teleprinter was the operator's control station for the ICL 4130 computers that provided realtime simulation of the Harrier GR3 and Nimrod MR2 Flight deck. Here is a picture of the 'beast' ready to go: They allowed some status and error messages to be reported during operation and commands to be entred to start and vary the simulator operation. Programming of the computers, via paper tape, utilised seperate readers and not that shown on the ASR33. This reader was however used occasioanly, for short tapes, but was slow speed. Similarly the punch was used for producing small tapes, such as 'patches' (small programmes to vary the operation of the simulator) 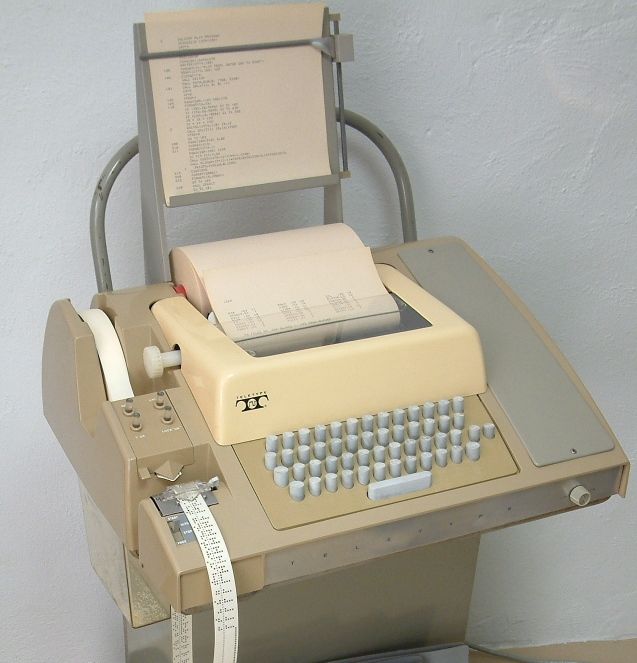 I came across my first ASR33 at RAF Wittering. These machines are 95% mechanical with very little electricity involved (primarily for the motor). Consequently servicing and repair was a 'dirty workshop' task (the 'clean workshop' being for electronic repair tasks). The manuals detailed the maintenance task, and these invovled extensive use of feeler gauges. There were many pry-points to allow fine adjustment, and I always remember one section of the manual that talked about 'ensure there is a gap - as gauged by eye' somewhat imprecise but sufficient.

Here's an internal shot showing the rare electical bits! Missing the keyboard, that was also all almost all mechanical. Note the bell behind the plattern. 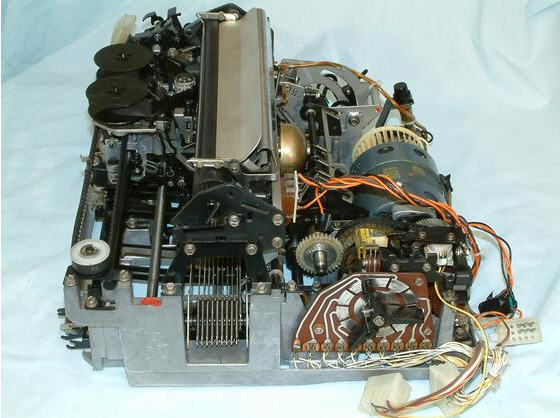 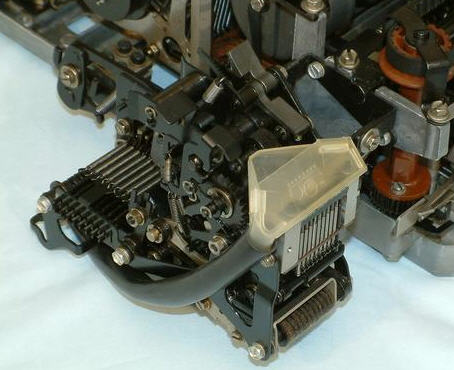 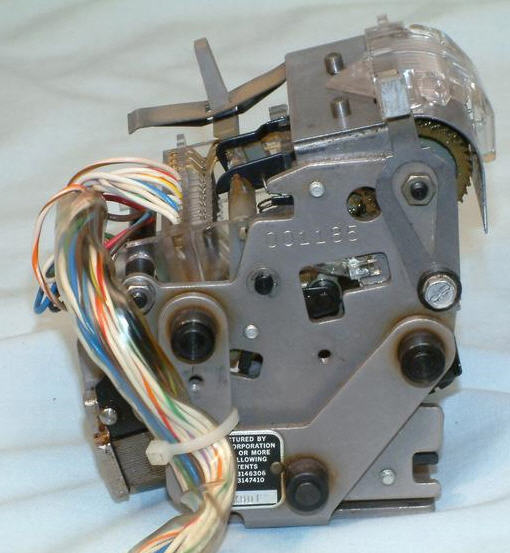 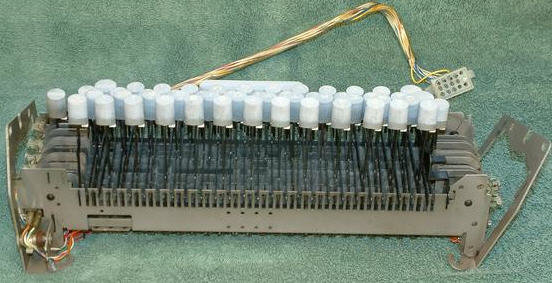