Over the years I have worked on several PDP machines, all in the PDP-11 family. They were the 11/45 11/70 11/780. The 11/45 dates to the early 1970's and I came across this machine first on the Harrier GR3 simulator where it was added to the Elliot 4130's to provide the Radar Warning Receiver (RWR) simulation. It was also used on the Nimrod Maritime Crew Trainer MCT). The 11/70 was the primary machine on the MCT and along side the 11/45 provided the computing power to provide the complex simulation of the various sensor equipments in the Nimrod MR2. The 11/780 or the VAX was used in the Tornado Air Inercept Simulator.

The engineering heart of the 11/45 and 11/70 was the engineers panel. They were very similar in desing and function, 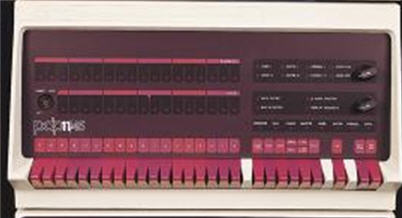 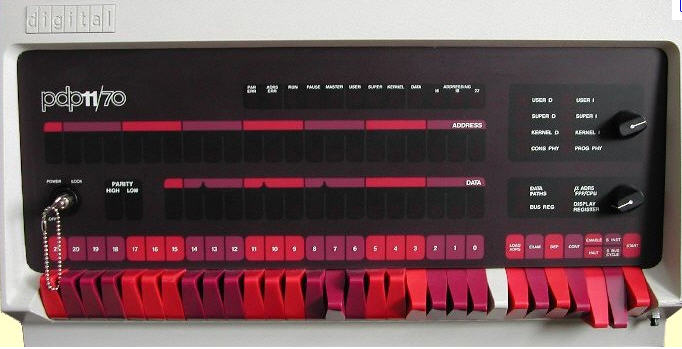 The not disimilar 11/70 panel. Note the key on the left, this was the engineers power switch allowing the machine to be power off (or on) and the key removed - essential if the work involved delving into the chassis. The design was good, in that each cabinet could be pulled out of the rack for serviving and part replacement. The colours are distinctly pdp-11 and here is a typical rack of pdp equipment 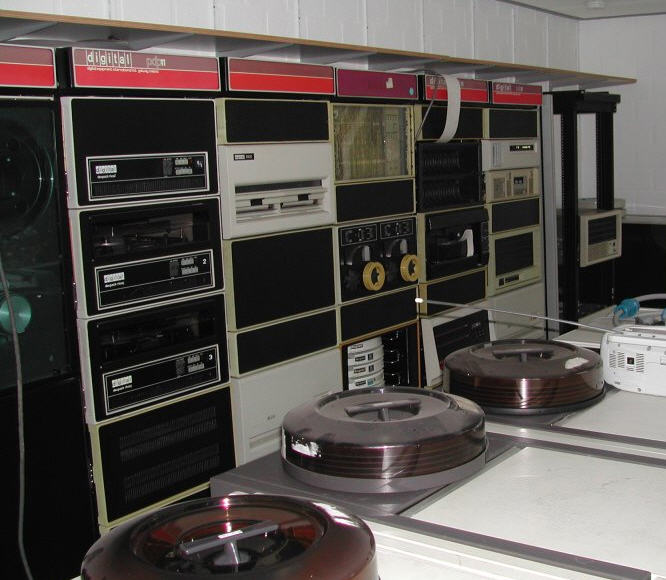 And finally, the VAX. A more modern and improved machine and teh VAX and micro-VAX family soon saw the end of the pdp-11's 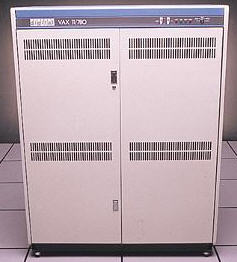 Of course along with the computers themselves there were a range of peripherals. Paper tape was used to load the 11/45 on the harrier, it was made by Trend, and I havent managed to find a photo of it. However, although more modern it was not as fast as the readers used on the 4130. The Nimrod MCT pdp's used a variety of peripherals. There were the 8 inch floppy drvies (see picture above) used primarily for engineering purposes. Disk drives, such as the RK05, this was a pack disk drive, single 14 inch platter. Somewhat more advanced were the multiplatter drives, but one drive that was quite unique was the RS04. This drive did not have the traditional moving arms for the read/write head but instead it had multiple (128 I think) fixed read/wrtie heads. The advantage of this was to cut down on the seek time, as the maximum wait to get to any peive of data would be half a revolution of teh disk. Consequently this was used where large amounts of data had to be read from disk quickly. It was also fixed media and not a removeable pack.

Engineering documentation was moving off paper, and was often found in one of many fiche documents. The engineer's pocket reference remained on card! One intersting fiche document was one about the Unibus, it progressed into a story about buses and bus stops in the traditional sense - I expect the author didnt have his work QA tested in thoese days!.