I took up metal detecting in early 2013 after a long interest in it and in archealogy generaly. 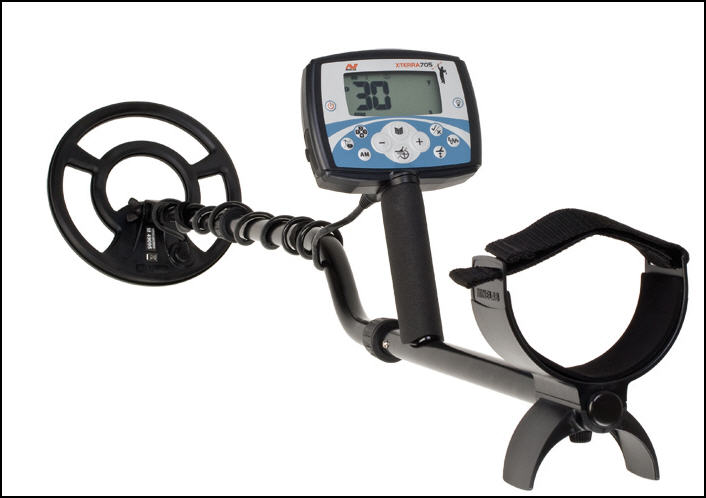 On my first trip out, I was able to borrow a detector, but very soon after that decided to purchase my own. After much deliberation as to performance and cost, I eventually settled on the Minelab Xterra 705.

This is probably to the higher end of the mid-priced detectors and gets very good reviews, and came highly recommended in the facebook group (of local detectorists) I joined.

It didnt come with the coil in the picture, but the 10.5" DD 7.5kHz Coil. I purchased it from Joan Allen and it also came with a very good set of headphones.

It runs on 4 AA batteries and these last a good long time. It is one of the lighter metal detectors but I still found it quite heavy after a couple of hours of use, so tend to use a homemade harness support when the arm begins to ache!

For Christmas 2015, a XP Deus detector arrived. Even lighter than the 705, it is a wireless detector that you can use comfortably for hours. A new detector presented challenges in learning how it behaved and what adjustments can be made. This detector is very versatile offering 4 frequencies and a whole host of other customisable features. Any customisations can be saved for later recall.