Lincolnshire played a very important role with the Royal Air Force in World War 2 and it's Battle of Britain. I often refer to my home county as 'RAF Lincolnshire' because of the abundance of RAF airfields to be found. Many are now closed, but here is a 1960's aircrew map showing active and closed airfields in part of Lincolnshire: 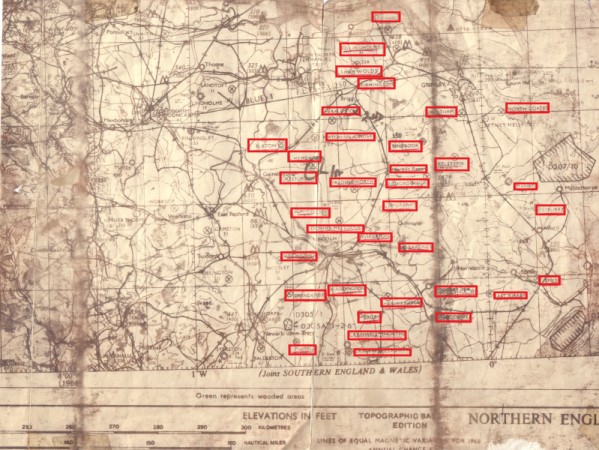 Although most have closed and continue to do so, as of the early 21st century local towns still have a significant proportion of RAF personnel living, shopping and working nearby. I think it is likely that most villages probably have a serving or ex- serviceman in them. This is RAF Lincolnshire'.