For some time civilian aircraft have been required to fit and operate ADS-B (Automatic Dependent Surveillance Broadcast) equipment. This transmits a variety of information on a regular basis as an aid to air safety. Information such as callsign, speed height and bearing allow aircraft to be plotted in a similar way to a radar screen.

There were at least two receivers available for the home user, the Airnav Systems Radarbox and Kinetic Aviation Products SBS-1. I had the Radarbox because it was the least expensive at the time I bought it. Here it is nestling amoungst the books on my bookshelf from where it operates. 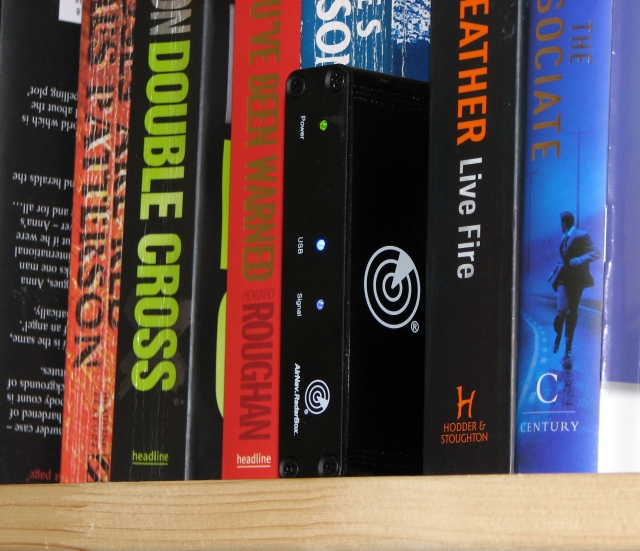 It works very well. It comes with an antenna but to get the most from the receiver an high external antenna connected via low loss coax is recommended. I use a homemade 1/4 wave dipole in the loft pending a move outside.

Here is a screen shot of the software: 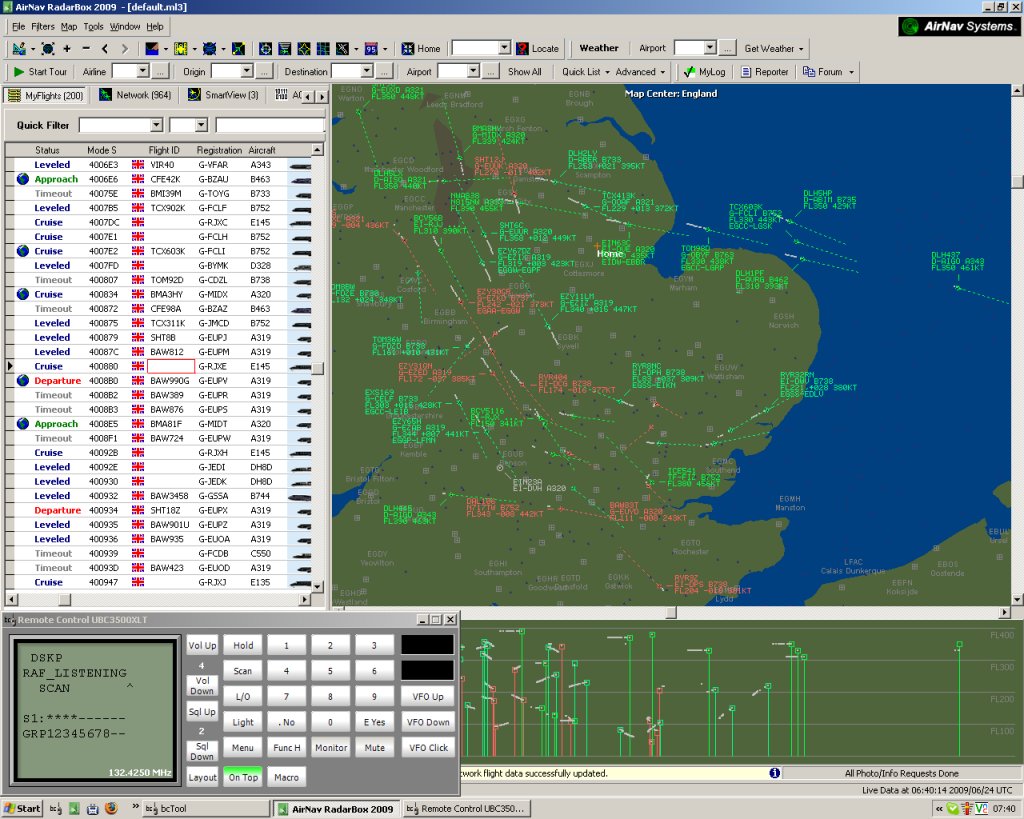 Although some military aircraft are fitted with the transmitters they are not required to transmit in the same way as civilian aircraft. You can often see them listed, but because they do not transmit postional information (other than height) they are not plotted on the 'radar' screen. This is a shame as I am surrounded by military airfields. 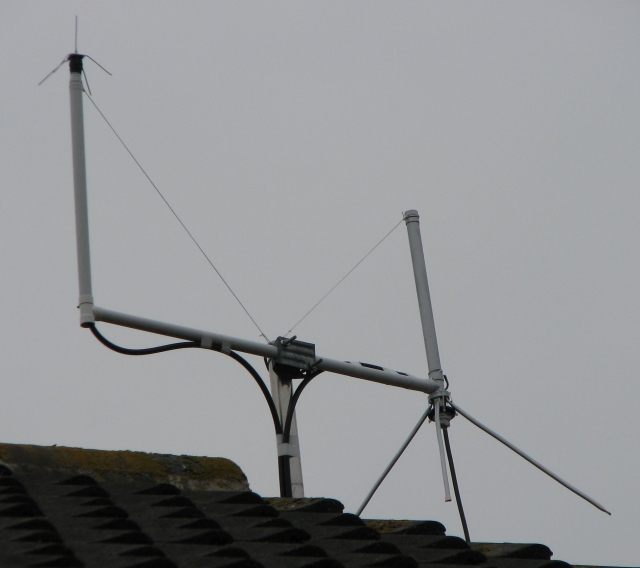