Wanting to get on more bands and try a vertical antenna, after much research, I decided the SGC tuner SG-237 was the tuner for me. This tuner would allow 40watts CW (my main operating mode) and that should be sufficient power, given that my QTH is surrounded by other people's homes. 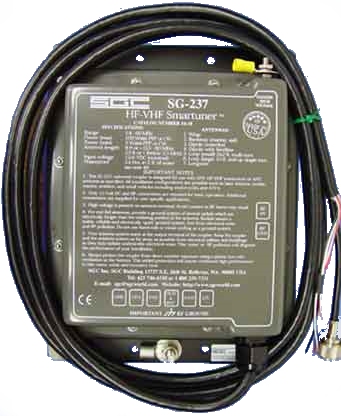 Initially I had a few problems in getting it to tune on the 20/30/40 metre bands no matter what the antenna configuration. However investigation revealed the fault to be an inadequete PSU. The tuner specifications state around 300ma are required and the PSU should have delivered 500. However clearly something wasnt right as replacing it with a small 2A switched mode PSU had all bands (160-6) tuned up nicely with an 8m vertical (4 radials have been put down, but because of location these are far from ideally placed)